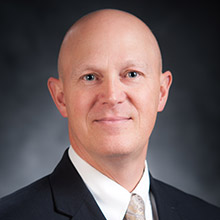 As EPSCoR Project Administrator and Assistant Project Director, Rick has been involved in designing, managing, and implementing various aspects of four of Idaho's large statewide NSF EPSCoR Research Infrastructure Improvement (RII) awards since 2002. He came to Idaho in 1999 as a Science and Engineering Proposal Writer at the University of Idaho, following four years as a Watershed Specialist with the Stevens County Conservation District. He is currently pursuing a doctoral degree through the University of Westminster, London. He holds master's degrees in civil engineering from the University of Minnesota and in environmental science from Washington State University (WSU). He also earned his Bachelor's degree in environmental science at WSU. Rick and his wife and children live in Moscow, Idaho.